Keep in mind in my post for Uses of scraps

Keep in mind in my post for Uses of scraps –  Part I:  Cookies, I specified a sweet I had arranged a couple of days before Christmas and put away it in the profound cooler?

Today now is the ideal time for disclosure.

I made this pastry on the day I was making the Whoopie Pies. The issue when making a pastry without taking after a formula is that you can't assess precisely the extent to which you will be requiring, so I had some cream cheddar remaining and some of each one shade of whipped cream. 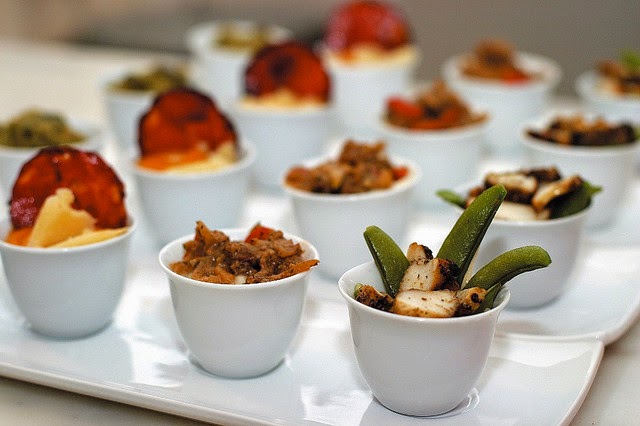 I had the odds and ends from the gingerbread house, I had some remaining meringues  from some Mont Blancs I had made early November (they save well in hermetically sealed compartments), I utilized a few rolls from the whoopie pies and to indicate the sum and fill the vessel I was utilizing I included two melomakarona and a kourabies. I cooked a few almonds and since I had made the caramelized orange peels that day, I utilized some of those also.

In this formula there will be no definite estimations as at the time of making it I didn't even dream that I would post it.

I cut the treats all in little pieces and blended in the cream cheddar and the whipped cream. I lined the dish with two vast bits of stick film and layered the pink whipped cream first. At the time I was not wanting to cover it with chocolate so my thought right now was when unmolding the pastry the pink part would be on top.

Presently, this would be impeccable to be served solidified, amid summer with a strawberry sauce on top!! That would be genuine red magma :)

Today when I unmolded it I recollected the chocolate caramelized orange peels, which are even now possessing piece of my icebox, so to make great utilization of them, the thought of covering it with chocolate sounded great as orange and chocolate are an immaculate match!!

When I took the pictures a few hours after the fact,  I had completed the Four Citrus Marmalade I began making yesterday, so we attempted a little bit of the pastry with the jelly and it was paradise!!!

This is the way «black Lava Orange Gateau» was conceived. It is the first occasion when I am naming one of my treats and I think this is an immaculate name for it.

The custom on New Year's Day is making Vassilopita. I will make mine tomorrow, so for any of you who might want to make it the formula is in my Cookbook «mint, Cinnamon & Blossom Water, Flavors of Cyprus, Kopiaste», or you can make a more customary one I made a couple of years prior.

A fresh out of the box new year will be here in a couple of days. The particular case that has passed has been great and awful. It has been great in light of the fact that my spouse and youngsters are all well and healthy. I am truly exceptionally content that every one of the three of my kids are at University, them two doing post graduate studies and Elia, who is the most youthful is a green bean (is there an alternate word for a young lady?). I have seen my book distributed and this is a blessing from heaven.

Notwithstanding, life has bunches of distresses too and loosing my sibling was a difficulty for the entire crew.

My sincerest wish is that everybody will be solid and on the off chance that we are sound we can attain anything we need.

Ivy, plural ivies, is a genus of 12–15 species of evergreen climbing or ground creeping woody plants in the family Araliaceae, native to western, central and southern Europe, Macaronesia, northwestern Africa and across central southern Asia east to Japan and Taiwan.
Posted by Unknown at 05:56 No comments:

Here’s a weather appropriate meal for you: Chili (with coffee, cocoa, beer and lots of beef) and cornbread (to which I added cheddar, jalapeños, and scallions). Had a bunch on the first cold night, on the second cold night, and froze the rest for the next cold night!

Summer is here. Very very seriously here. Like, you can’t go outside, it’s so here. I love summer, the desert dweller in me feels in my element (minus the DC humidity). I also love cooking in the summer. And I love porches. And cava. And summer nights.

All of those things came together at this very simple but incredibly satisfying meal with Jason Hibner, who is by the way, killing all of the rest of you in the race to make the most meals with me.

But, before you look at pretty pictures (as if anyone actually reads the words I put on this page), here’s a preview about two things that are going to be coming up on here this summer:

One, I’ve received this request from Nefertiti Frankenstein: “Can u do a post on ivygourmet detailing what a basic kitchen needs. like a primer in being a fly cook. a starter’s guide with utensil and tools and spices n shit.” So, this is a great idea, and although many better foodblogs have done this before me, I will do it very soon, so keep an eye out.

Secondly, for months (if not years) there has been talk about doing cooking shorts to put up here (and on youtube). The summer is the time to do it (a tan, natural light, and gorgeous produce). If you are interested, I am also looking for a gorgeous producer, someone with a flipcam, someone with a kitchen island, and a sancho panza. Not necessarily in that order, and one person can be more than one of those things. Write me or leave a comment. Winners get to eat the meal produced while shooting.

Anyways, back to my meal with JRH. The fish flaked out on us, but it was delicious nonetheless. It was just seared with olive oil, salt, pepper and lemon.

This second picture is an example of some photoshop experiments I’ve been doing lately– looks sorta like summer of 1974. I like it.
Posted by Unknown at 02:28 No comments: